Researchers have developed a tool that can predict whether a child or teen with a newly diagnosed concussion is likely to have symptoms that will persist longer than usual, giving them the opportunity to see a specialist sooner. 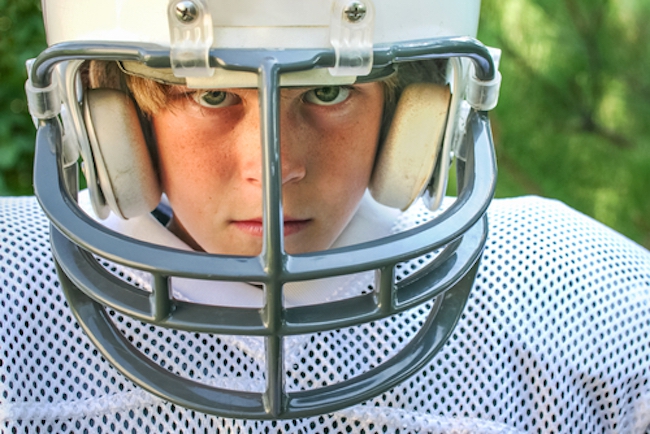 The predictive tool was developed and validated by pediatric specialists across Canada in a study that involved about 3,000 children and adolescents who had suffered a concussion, primarily while playing sports or as the result of a fall or a motor vehicle accident.

Principal investigator Dr. Roger Zemek said the first question parents ask when their child or teen is diagnosed with a concussion at a hospital emergency department is: “When is my child going to get better?”

“And we did not have the answer to that,” Zemek, an emergency medicine physician at the Children’s Hospital of Eastern Ontario (CHEO), said Tuesday from Ottawa.

But with the study, published in the Journal of the American Medical Association, doctors will now be able to give parents an answer, based on a predictive score from a series of questions developed by the researchers.

Those who score between nine and 12 on the evaluation – including whether they have headaches, are bothered by loud noise and have poor balance – are considered to be at high risk for experiencing “persistent post-concussion symptoms,” a condition that in some cases can last several months – or even longer.

“It really can remove kids from the things they want, need and love to do,” Zemek said of a concussion. “They can’t perhaps go to the movies with their friends because the loud noises are bothering them.

“They can’t go to school and take exams and perhaps even advance to the next grade because they’ve missed so many weeks of class… They’re not allowed to go back to sports because of the risk of getting another (concussion) until they’re fully recovered.”

While most young people in the study recovered from their concussion in a week to two weeks, about 30 per cent were still experiencing symptoms like headaches, dizziness, poor concentration and sensitivity to light and noise a month or more after their injury.

The study found that although more boys suffer concussions, girls have twice the risk of having persistent post-concussion symptoms, while older children and teens are also more likely to take longer to get better than children under eight.

Zemek said there are a number of theories as to why a higher proportion of girls have ongoing symptoms.

Girls’ neck muscles are typically less developed than those of boys, which could mean females experience a greater whiplash force during a fall or a sports-related collision that results in more damage to the brain. The different female and male sex hormones may also play varying roles in helping the brain to heal, and females may be more aware as well as more forthcoming than males about lingering symptoms, he added.

Jenna Pietrantonio, 19, who suffered a concussion two years ago after colliding with an opposing player during a competitive hockey game, was among those in the study whose symptoms continued long past the time she would have expected.

Headaches, nausea, dizziness, neck pain, and light and noise sensitivity kept her out of school. The Ottawa teen had to avoid any stimuli, the standard initial treatment to help the brain heal.

“I had to be in a dark room. I was in my room with no lights, no friends, no family, no electronics, no nothing for about close to two months,” she said. “So being isolated definitely brought on a lot of depression.”

Had the predictive tool been available at the time of her concussion, it could have helped her family – “they had to put up with me a lot” – and her doctor by helping figure out what therapies she should have pursued and which ones to avoid.

“It could have been extremely helpful,” said Pietrantonio, adding that she still isn’t symptom-free – she continues to be plagued by headaches and ringing in her ears.

Zemek said most kids improve in a short period of time, within a month from their concussion.

“But what we need to recognize is that parents will now be able to learn accurately and based on scientific fact how their child is going to do after their injury,” he said.

“And that’s going to be very important for them to prepare and take steps… to perhaps get in to see a specialist sooner.”