The recently launched Massago app for mobile RMT service in the GTA hopes to address an underserved portion of the massage therapy market. 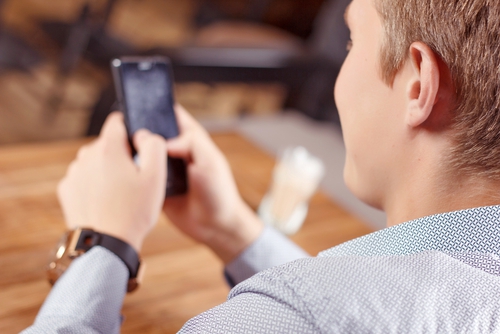 According to CEO Allan Skok, Massago is the first mobile app in Canada that has partnered exclusively with RMTs. It aims to primarily target people who want or are in need of massage therapy but just don’t have the time to book and wait for an appointment.

“We are not looking to replace traditional clinics or spas,” said Skok, who is also the president of Sanctuary Day Spas, which owns Massago. “I think there is a piece (of the market) out there that I can attract and not necessarily go after people who frequent clinics and spas. If we can unlock missing massages… people who just can’t find the time but want massages, if I can get those people to sign up for Massago, then I would consider us a success.”

He added, “We’re really offering an alternate way for registered massage therapists and clients to connect.”

Massago has been referred to as the Uber of massage therapy, but although there are parallels in the service model – real-time scheduling and convenient payment processing – Skok said there is an important distinction: the fact that Massago services are provided only by registered massage therapists in good standing with the College of Massage Therapists of Ontario, with valid insurance and have submitted a police vulnerable sector check.

“We also know that 54 per cent of RMTs, according to the RMTAO (Registered Massage Therapists of Ontario), are looking for more work,” Skok said, referencing the RMTAO’s 2013 Earnings Survey.

“I feel that we are providing registered massage therapists an opportunity for more work so, in fact, empowering them, not necessarily disrupting,” he added.

On-demand massage therapy apps are getting increased popularity, particularly south of the border. Soothe and Zeel, two of the major market players there, have presence in up to 22 cities in the States and have a combined funding of $45 million, according to a Bloomberg news report.

Soothe, which now has more than 3,000 licensed massage therapists in its network, has expanded its reach to this side of the border, with services now offered in the Vancouver area. Its competitor Zeel has more than 5,100 licenced therapists in the States.

For newcomer Massago, there are currently 55 RMTs working within its network, according to Skok, all of whom have gone through a rigorous application process. Audrey Cheok-Fung, a RMT since 2012, is one of them.

“The interview process was pretty thorough,” she recalls. “It’s pretty important that when you’re sending RMTs out doing mobile services that you can count on having quality massage out there.”

She said the interview was followed by a practical exam conducted by a senior RMT.

Cheok-Fung currently has a private practice and works part-time at Sanctuary Day Spas’ Vaughan, Ont., location. Depending on her schedule at her private practice, she estimates she will be dedicating two evenings a week providing mobile massage therapy through Massago. She says signing up for Massago was a way for her to “make some extra money when I wanted to.”

She doesn’t believe Massago competes directly with clinics and spas, either. “With Massago we are targeting people that specifically want to be treated in their homes, at their offices,” Cheok-Fung explained.

Mobile massage apps like Massago also provides the convenience of last-minute massage booking, which can seldom be accommodated at a clinic or spa, she added.

Cheok-Fung, who has previously worked at a clinic and has provided mobile massage therapy in the past, believes the compensation structure at Massago is “fair.”

“If I were to do my own mobile services, I would be looking after all of that, in which case I would get the entire compensation.”

The Massago CEO also emphasized the app’s safety features, designed to protect both clients and RMTs.

Before a client is able to access Massago service for the first time, he or she will be asked to go through a secure, third-party identity verification tool. Client’s phone and address are also validated. A photo of the client is also required to use the app, so the therapist can verify the client upon arrival at the appointment.

“I definitely knew that by incorporating this tool it may cause us clients because they (may be) uncomfortable providing their ID,” Skok said. “But I want to sleep at night and that was important to me and my team. So at the risk of potentially losing a client because of us asking them to verify their identity, I’m OK with that.”

Massago is currently available in the GTA, but will soon be offered in the Waterloo-Kitchener-Guelph-London area. Skok said they hope to be in Ottawa by the end of the year. The ultimate goal is to be available across Canada.

Weighing in
Commenting on the launch, veteran RMT and industry observer Don Dillon said although it may be unsettling to some in the profession, the “Uberization” of massage therapy service is an increasing trend that may not be going away anytime soon.

“In an increasingly mobile- and tech-based society, there’s no denying such a service puts skilled practitioners directly in touch with massage users looking for convenience,” Dillon said, adding such technology allows users to choose the location and the type of massage therapy they require, and practitioners to dictate their availability.

He added, this relatively novel business model may also be addressing a common RMT challenge – marketing and branding. “Practitioners don’t commonly finish their training equipped with capital to start a practice, business competence or the contacts to fill their appointment book,” Dillon said.

It may be too early to tell, but Dillon noted it will be interesting to see if the profession warms to the idea. “The marketplace will have to wrestle with issues of perceived safety, anticipated quality and a price that’s considerably higher than going to a brick-and-mortar location.”

The on-demand technology also provides RMTs, particularly those starting out in the profession, to build up a client base, said Chris O’Connor, RMT and professional consultant.

“One of the difficulties that we have is getting known. If you don’t have a name for yourself, you don’t have people out there who can do the word-of-mouth (for you), this (business model) kind of takes over that for you,” said O’Connor who has been a RMT for 16 years.

He noted, however, that while this is generally a positive trend, the app providers have to ensure that the  safety features are built in for the protection of the RMTs and the clients. “If people start to trust the service, it will build slowly, because again it will be up to the people who are getting the treatment to turn around and tell their friends.”